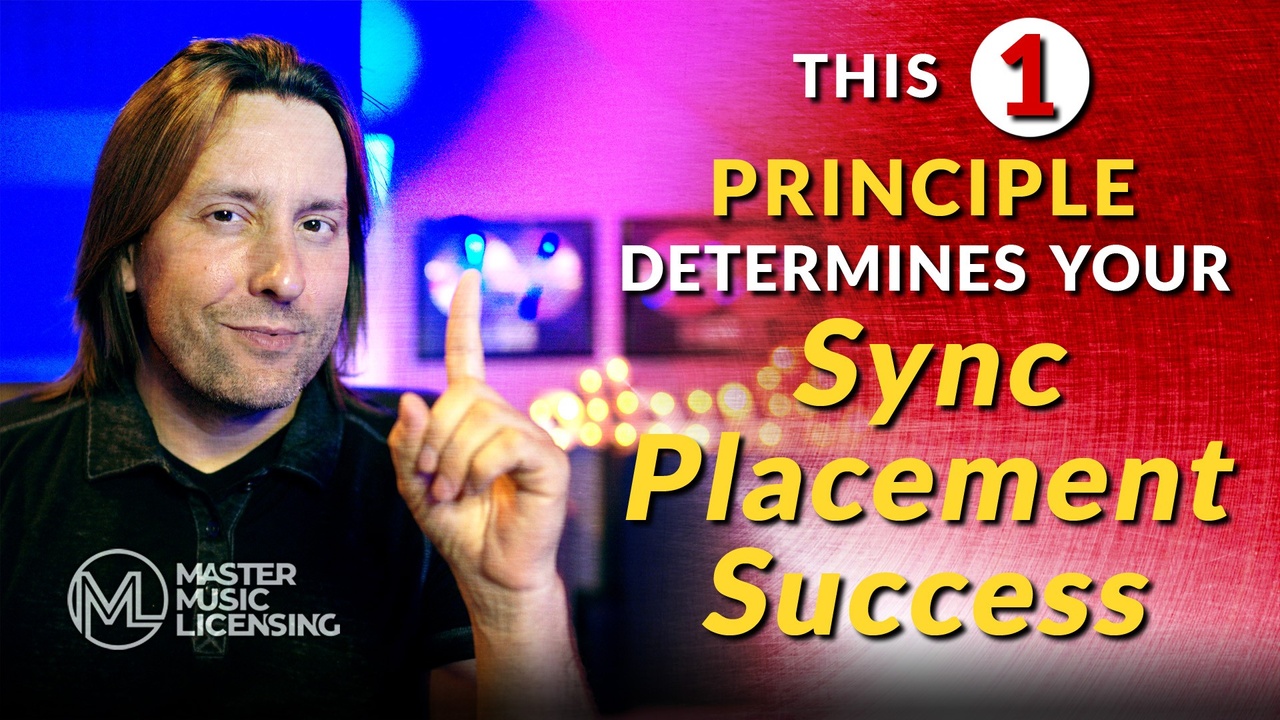 Someone asked me recently if I was a songwriting savant... But what they were really asking was: how do you find the time to write and produce all this music?  The reason they were asking that was because of the amount of placements I've had.
What they didn't fully understand, and what I see as the most incredible aspect of sync licensing, is that one song can be placed dozens of times into a wide variety of TV shows and films.  In fact, that’s the story of the vast majority of my placements... specific songs sync'd over and over.
This is The Pareto Principle in action.  Also known as The 80/20 Principle, this mathematical principle was originally discovered in the last 1800's by Italian economist Vilfredo Pareto.
Simply stated:
80% of your results come from 20% of your actions.
20% of your actions determine 80% of your results.

Let's look at how this relates to sync licensing.  The principle states that over any given amount of time, 80% of a particular market (sync placements) will be supplied by 20% of the suppliers for that market (musicians).  So, 20% of the suppliers reap 80% of the rewards.
While you may ask, "with every musician wanting to license their songs, is there really any money left to be made," the reality is that the few musicians (suppliers) who offer music supervisors, music editors & music libraries (the market) the best service, are the ones who will generate the greatest results (sync placements), and therefore profits.
Does every musician want to learn how to license their music?  Yes, that's why you're reading this.  And the 80/20 Principle applies to the sync industry as well as virtually every other industry.  This is precisely why Master Music Licensing exists -  to teach that small percentage of musicians who want to learn HOW to intentionally license their songs.
And this principle also defines why the majority of musicians fail at sync licensing - they simply have no idea what they're doing, and they continue to go about the process wrong.
So when we apply the 80/20 principle to our world of sync licensing, it looks like this:
Now let's flip it, and look at it from the other perspective:

Applying this 80/20 thinking allows us to get away from the trap of perfection.  Some songs come together and write/produce themselves, while others require a bit of a fight.  So you have to stop wasting your time chasing perfection.  After all, perfection is a destination that doesn’t exist.
When you find yourself spending a lot of time analyzing, over-analyzing, or trying to perfect something, ask yourself:
If the answer is no, and you determine that it is insignificant, then cut it and move on.  It’s a waste of time, and it's not benefitting you.
When you apply this 80/20 thinking to your own song catalog, it forces you to change your behavior and concentrate on the most important 20 percent.
When you see high producers who consistently create and release music (highly successful musicians, songwriters, etc.), they are actively leveraging the 80/20 principle. They're not caught up spending weeks and months perfecting every little minutia.  That’s why they’re able to add so much new content to their catalog each year.

This concept can be applied to each of the 4 Steps to Licensing Success:
Ultimately, the action that results from applying this thinking allows you to free up time your time and energy, to focus on the most important 20% of actions that keep the ball moving forward for you.

If you're not actively applying the 80/20 principle to your own music business, it’s almost inevitable that you’re doing too much.
Remember, you generate 80% of your results from 20% of your activity.
Therefore, the goal is to determine what vital few activities make up the 20% that delivers 80% of your results.  Then focus 100% of your time improving those vital few activities.
I've had success with my businesses because one of my first priorities is to always determine the 20% of actions that will move the business forward.  The other 80% are either delegated to an assistant, trimmed, or trashed entirely.
Following this strategy will quickly progress you out of the ‘struggling’ phase and into the profitable phase. As your business grows, keep asking yourself:
Applying the 80/20 principle forces you to focus on those vital few opportunities that provide immense value, as opposed to chasing after EVERY opportunity.

Finally, in order to start scaling your business, you’re going to want to analyze those songs that are generating the most placements for you.
When you find what’s working, focus on it, and do more of it.
If you’re getting dozens of placements with pop songs, and zero placements with country songs, focus your time writing pop songs.  The time you spend writing country, unless you’re actively pursuing a publishing deal in the country market, is a waste.
An 80/20 analysis allows you to prune those unprofitable 80% activities, and spend your valuable time on the profitable 20% activities.

The 80/20 Principle Applied to My Career

When I was first starting out in my career back in 1998, I was making $75 a day as an assistant engineer.  I often put in 16+ hour days in various recording studios, and didn't have a life (or money after rent & bills were paid), so my goal was to get to the next level as quickly as possible.
So I started saying 'no' to assisting work, and utilizing the contacts I had made, I started producing and mixing independent artist projects.  Now I was making roughly $150 a day, however my goal wasn't to engineer or produce.  I'm a guitar player first and foremost, and I was determined to play guitar full-time.  While engineering was never a career goal, it added to a skillset that many young guitarists didn't have back in the late 90's, early 2000's.
By 2003 I fully cut out all engineering gigs so I could focus entirely on session work and songwriting opportunities.   Yes, there was a drop in income for a short time, but buying that time back allowed me to focus on connecting with producers and composers, which led to playing on sessions for $100+/hr (and build up some great credits at the same time).
Those sessions led to meeting music supervisors and getting sync placements of my own songs.  These placements not only paid upfront fees, but within a year I was getting backend royalties.  These royalties soon starting making up the majority of my income.
Because the majority of my income was now in the form of royalties, I then started turning down various guitar sessions and live gigs that didn't fulfill me, and used that time to write and produce my own music for placements.
This is the 80/20 principle at work.  I've repeatedly applied this principle throughout my career, which has consistently allowed me to focus on the 20% of actions that lead to 80% of the rewards.
Sure, I could say yes every time I’m asked to mix a record, or play on some independent album, but each of those take up valuable time that could be spent in a way that not only provides better long-term income, but more importantly, frees me up to do the things I want to do.  After all, isn’t the goal in life to be able to spend your time doing what most fulfills, and brings joy to you?
Understanding and applying the 80/20 Principle allows you to focus on the work you love, which brings you the most reward.
Now it's one thing to read this blog and think, 'oh, that's nice,' and it’s another thing to act on it.  So, I'll end with this Q&A:

While generating sync placements is one of the primary goals for musicians these days, the 80/20 Principle explains why it's not nearly as competitive as you may think.  For every 100 people who will read this, roughly 20 will take intentional action.  Of those 20, only 4 (20% of 20) will take further action (whether through their own diligent research/trial & error, or enrolling in a sync course - whether mine or any of the others that are available) to learn how to deliver the best value to music supervisors, music editors & music libraries with their music.
You may be asking, “who do I reach out to? How do I find them?”  I’ve addressed those questions multiple times throughout my blog, and it’s ultimately at the core of the Master Music Licensing Course. However, before you even get to the point of sending your music out, you have to start thinking along the lines of the 80/20 principle.
If you’re a struggling musician with very little extra time on your hands, then it’s a certainty that you haven’t applied the 80/20 Principle.
Expect 20% to lead to 80%, and 80% to be the result of 20%

How have you applied the 80/20 Principle in your life and career?  Share with us in the Comments Section Below: