With Every Musician Trying to License their Songs, Is There Any Money to be Made? 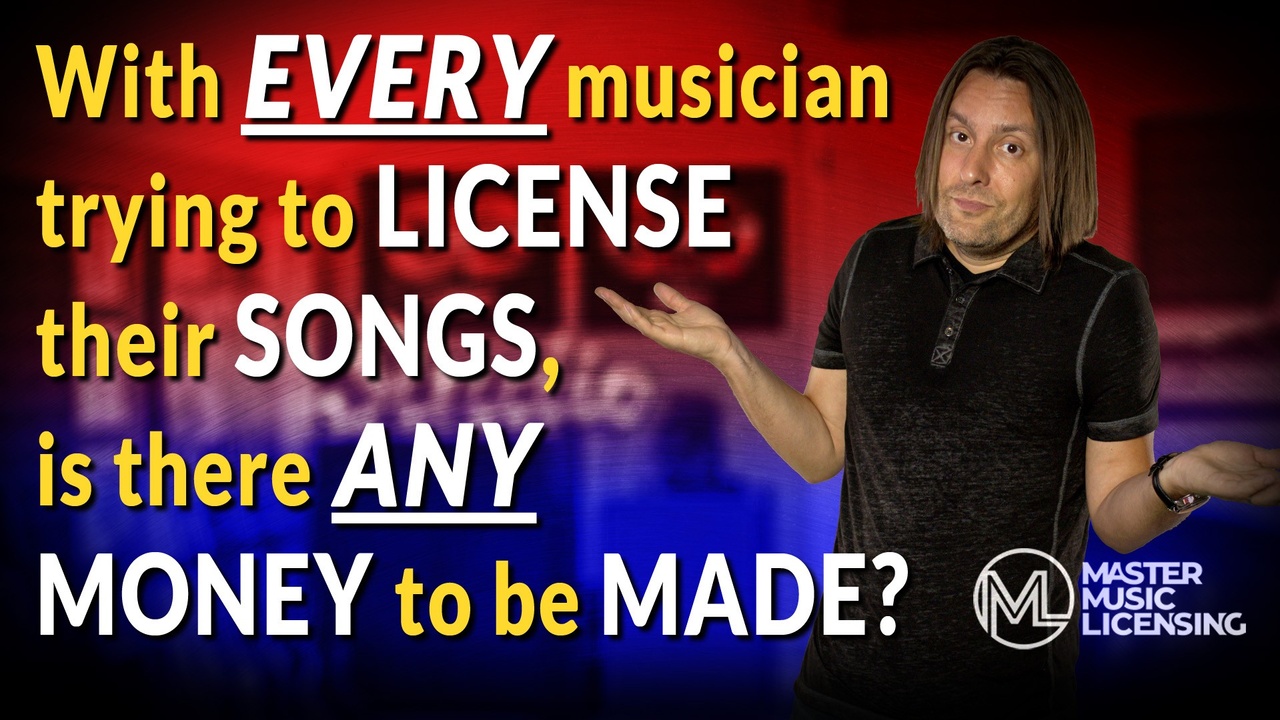 One question that I’m often asked is, “Is sync licensing oversaturated?”  Or, stated another way, “With everyone getting into licensing, is there really any money to be made?”

Today let's discuss creating value with your music, because understanding this is essential to building a long-term career.  This is also a key ingredient to success that so many musicians miss.

The reason why so many extremely talented musicians fail is because they don’t understand that what happens in step 2 is really all that matters.  This is the key ingredient that every successful individual understands.  For musicians, this is the step that allows us to make a living with our songs.  It’s the part where we actively provide value to those who consume our music.

Have you ever questioned why one average musician has a tremendous career, while another with extraordinary talent, struggles to survive?  That average musician understood, and fulfilled, step 2.

It's Not About the Art Form...

Imagine an abstract artist who paints a red stripe on a canvas.  That’s it… red stripe, white canvas.  You know what I’m talking about.  Those paintings that sell for $20 million, and when you see it, you think “$20million?  For that?  A 4 year old could paint that!”

Here’s the deal… The art form itself is NOT worth $20 million.  But because of the story surrounding this particular artist, or this particular painting, a connection is created with an audience who assesses their own value onto this art.

In this case, it’s about status and exclusivity.  The reality is that most people who spend $20million for a red stripe painted on a canvas, don’t care about the art form itself.  They know that owning this painting, by this particular artist, elevates their status.

The Value is in the Context

Just like that painting, the art form of music has no intrinsic value until someone puts a value on it.

Music consumed for its creativity alone doesn’t have nearly as much value as it does when someone applies that music to something that generates money.

For example, nobody questions the fact that TV Shows, Films and Commercials all have a very clearly articulated, and easily measured, purpose in a business context.

While most musicians focus on selling their music to their fans (a business to customer relationship) who consume music for its creativity alone, they don’t realize they’re missing out on a much bigger income generator…

So sync licensing takes an intangible art form (music), and uses it to improve the performance of a tangible business to business action.  Read this statement again, because this is foundational for you to understand.

Sync licensing takes an intangible art form (music), and uses it to improve the performance of a tangible business to business action.

Yes there are many musicians who pursue sync licensing, but the simple fact that they don’t understand the business, is the exact reason why 95% of them fail.

Music without that connection to a TV Show, Film or Commercial, really just floats in the void of subjective appraisal… some people like it, others don’t, and most will never pay a penny to even listen to it.

Does Music Still Have Value?

So, with everyone getting into licensing, is there really any money to be made?  Yes!  The TV, Film, Commercial, and Video Game industries are booming, and music plays an essential role in each.  The sync-licensing industry is really in its infancy, and for the small percentage of musicians who position themselves in it now, and treat it like a B2B business, they stand to make a killing over the next 5 to 10 years.

Where do you see the TV, Film and Video Game industries going over the next decade?  Share with us in the Comments Section below: