The Problem With Non-Exclusive Libraries Administering Your Music... 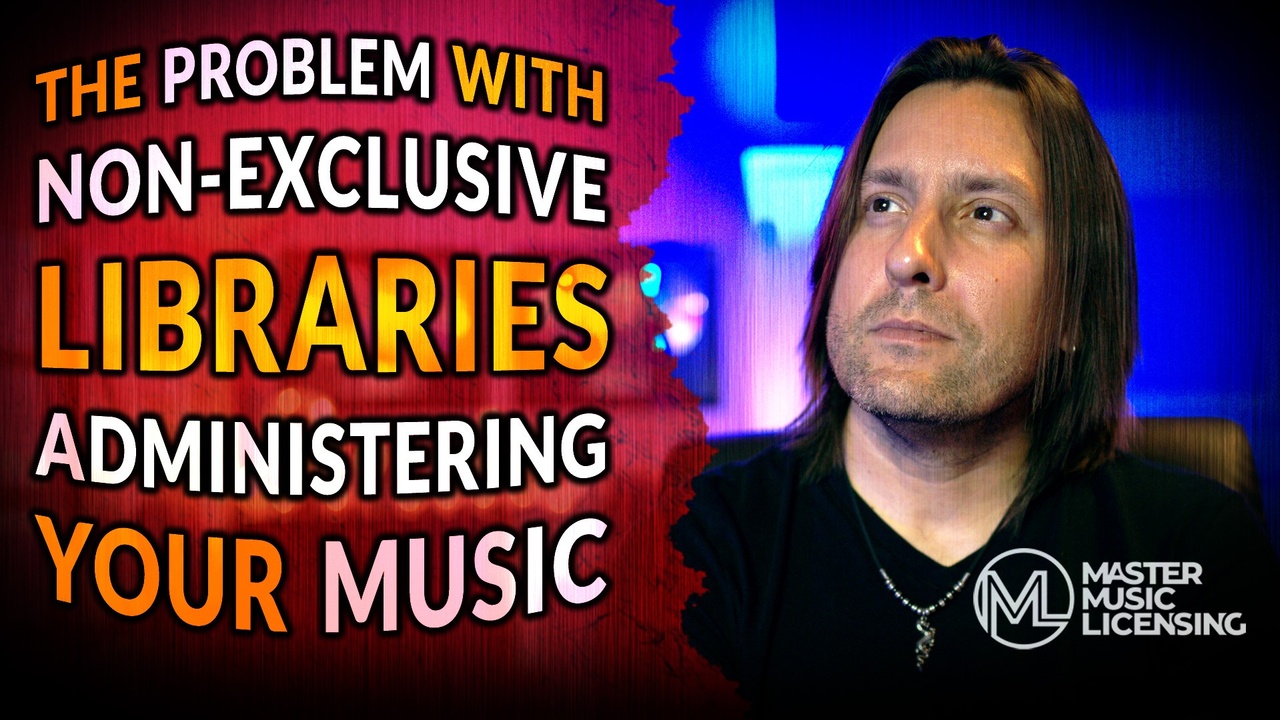 Do you have a fear of giving up the rights to your music? This is totally understandable. For many of us, our songs are our babies, and we don't want to just give them away. This is why many musicians initially decide to work with a non-exclusive music library instead of an exclusive one.

Generally speaking, a non-exclusive library will take your song, re-title it, and administer the rights to the re-titled version of your song. This allows you to retain the full rights to your originally titled song.

To be clear, they are administering the EXACT SAME RECORDING, just under a different title.

Confused? Let me give you an example:

Let’s say I have a song called Sunny Day.  I sign that song to a non-exclusive library, and they re-title the song Blue Skies. They will then take 100% of the publishing for any placements under the title Blue Skies because they are now the administrator for this 're-titled' version of the song.

This allows you to retain 100% of the publishing on Sunny Day.  Remember, same exact recording, just different titles…

If you work with just one non-exclusive company to administer your music, then you probably won’t run into any issues, but here’s the problem… most people won’t.  They’ll often start working with a second non-exclusive library, who will take the exact same song and re-title it Sunny Skies.

HERE’S WHERE IT CAN GET MESSY…

You now have two different companies, as well as yourself, pitching the same exact recording, but under three different titles:

These days we have audio recognition technology that can listen to a song and determine what, and whose, it is. This is where working with multiple non-exclusives can turn into a big mess…

Let’s say Company B secures a placement (Sunny Skies), however, for some reason the audio recognition software recognizes it as the version administered by Company A (Blue Skies). What’s going to happen is Company A will receive a royalty for the publishing on a placement they never secured, while Company B will be chasing after a royalty they should have received, but didn’t.

Now, as the songwriter, you’re still going to get paid your portion for the songwriting, so you may think, "Who cares? Let them deal with it.” But ultimately Company A is getting paid for something they didn’t do, while Company B is going to be looking for the money that they’re owed… Guess who will find themselves in the middle of this conundrum? You!!

This is a very quick and easy way to upset the companies repping your music, and destroy their desire to continue working with you.

On top of this, again generally speaking, non-exclusive licenses don’t generate the higher dollar placements that exclusives do. Why? Well, it starts with the quality of the catalog. Many non-exclusive companies have websites that allow just about anyone to ‘sign up’ for an account and upload their music for inclusion in the catalog.

Often there is no quality control regarding what gets added to those catalogs, and I’d encourage you, if you’re interested in working with some non-exclusives, before you sign up, take some time and listen to the music they represent. You may find that you don't want to associate your music with the quality of those catalogs.

If you are serious about creating a long-term income, and long-term career through licensing, it's been my experience that you really have to go the exclusive route.

If you're concerned that an exclusive library will own the publishing of your music forever, simply pay attention to the contract. Make sure there is a term-limit (3 years is fair), and be clear on the reversion clause.

There is some basic understanding of publishing and contracts that's required, but this is, after all, your business and career.

What have your experiences been with exclusive and/or non-exclusive libraries? Share with us in the COMMENTS SECTION BELOW: