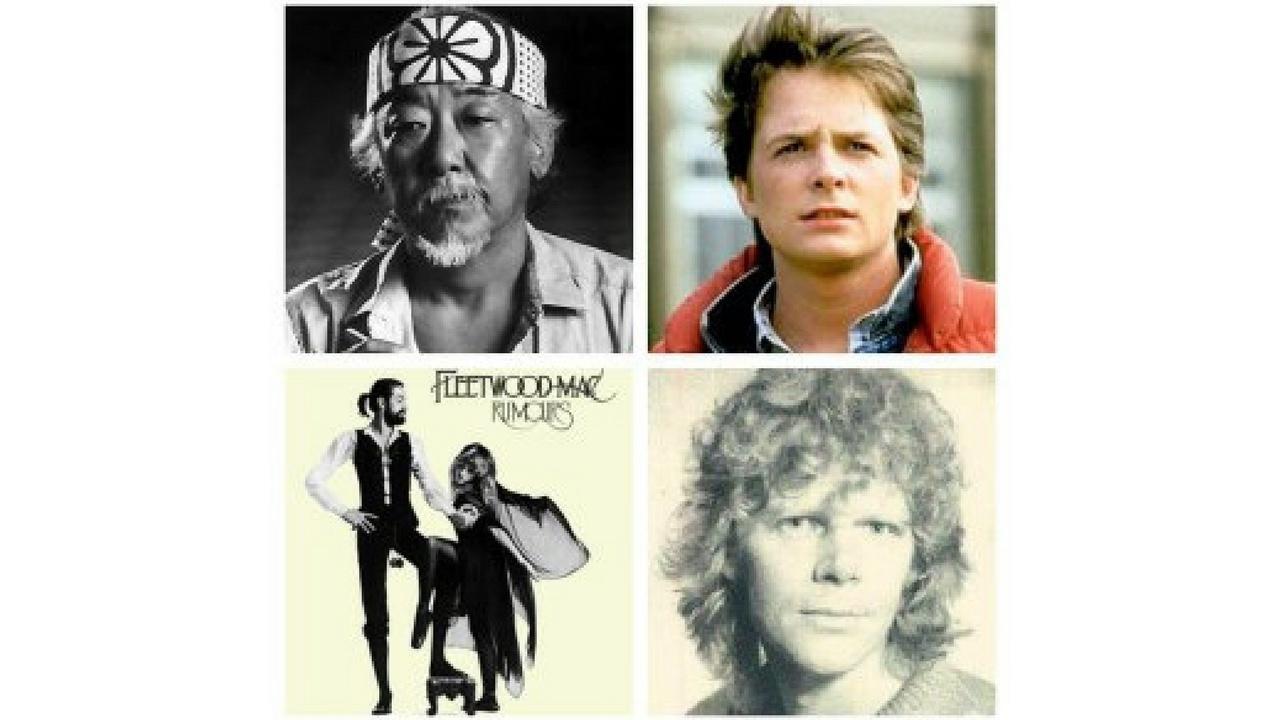 Wax On, Wax Off

It's been over 3 decades since the release of the movie The Karate Kid.  But did you know that the entire Karate Kid rehearsals are posted on YouTube?  Scene by scene, line by line, the entire movie was pre-filmed on what seems to be an old VHS recorder.

What’s amazing about this that that roughly 90% of the movie did not change, while 10% or so was tweaked and embellished between that initial footage and the actual filming.  Some of those classic lines that we're all familiar with are completely different in the rehearsal, and added no value to the scene.  Even some characters, like Freese, changed dramatically between the rehearsal footage and final version.

The Karate Kid went on to become one of the classic movies from the 80s, even entering into American pop culture with phrases like “Wax On Wax Off.”

Gonna Go Back In Time

The discovery of these 'demo' videos reminded me of another movie that also was the precursor to a trilogy by the same name, Back To The Future.

What you may not know about this film is that they initially filmed for 5 weeks with Eric Stoltz playing Marty McFly.  However, after watching the initial edits, the producers realized something was missing, and a decision was made to recast and reshoot the first 5 weeks worth of material with Michael J Fox.  Could you imagine the main character of this film being anyone other than Michael J Fox?

The decision to stop and completely reshoot those 5 weeks worth of footage turned out to be a great decision in the long run!

Which leads me to the book Making Rumours, which documents the year Fleetwood Mac spent making their groundbreaking Rumours album.

In it, producer Ken Callait discusses the trials and tribulations experienced during the recording of that album, specifically how they constantly re-recorded and re-wrote the songs.

A recent re-issue of Rumours includes the early takes of many of these classics.  Not only did many of the original lyrics change, but the overall groove and feel of the songs did as well.  This constant experimentation resulted in a record with sales over 45 million worldwide!

After reading Making Rumours, I then stumbled onto a book called Animal Instincts.  Animal Instincts documents the history of Def Leppard right up to the release of Hysteria.

If you’re a rock musician or producer, then you know of Mutt Lange.  Stories of the way he works in the studio are legendary, but so too are many of his albums. Hysteria took close to 3 years to make! The band initially started with Jim Steinman, then worked with Nigel Green, and finally Mutt came in midway through the project, scrapping what they’d already recorded and starting over from scratch.

Interestingly enough, there’s a demo of Pour Some Sugar on Me on YouTube that’s worth checking out for an example of how much that song changed.

Hysteria bolstered 7 singles, sold over 20 million copies, and went on to become one of the top 50 highest selling albums of all time.

The Common Thread To Great Art

So, what's the point of all this?  The common thread in each of these stories (and there are many other examples out there) is that the producers took their time, and did whatever had to be done, to create the best product possible.

Every day I hear musicians complain that albums aren’t selling, but let's be honest, how often do you hear anything worth buying?

I know successful producers who are literally cranking out new records on a monthly basis.  Living in Nashville, I know songwriters and artists who are writing a song one day, and recording a master the next...

But isn’t the whole purpose of writing music to create something that will resonate with people?  If so, then why just crank out product so quickly?  The immediate answer that you may think of is because of budget constraints.  But look at it this way... How are there budget constraints when everyone has a powerful recording studio on their home computer?  Most albums these days are not fully recorded in studios.  Often they are recorded in the home studios of artists, songwriters, musicians and producers.

Did Steve Jobs’ mandating a 99 cent value on songs subliminally plant a seed in the minds of artists and producers that they can now only create material worth 99 cents?  If that’s the case, then how can you explain the success of Adele’s “21” selling over 10 million albums?  That record is proof that if you create something that truly resonates, then people will pay for it.

When I listen to the early takes of the songs on Rumours, and watch those rehearsal videos from The Karate Kid, I feel the same way I do when I listen to the majority of what’s being produced now... a feeling of being incomplete.

With those films and albums, the producers took the time to go back, tweak, re-write, re-record, re-film, and make the product the best final product it could be.

Back To The Future

The challenge I always hear from music creators today is not having the budget to spend time in the studio to do things right.  But even if they did have the budget, would they spend the time to experiment, to re-write, to try out every option within the song until there’s nothing left to explore, or would they just slap an auto-tune on the vocal and call it done?

There’s more to making a timeless project than just hitting record.  It involves the courage to start over from scratch, and the discipline to try a whole new approach to a song (or script) that’s already been written.

Time is the Greatest Gift We Have...

Time is the greatest gift we have, and it is the greatest gift we can bestow upon our own creations.  We need to stop waiting for someone to come along and change the ‘rules’ of the industry.  As creative individuals, that’s our responsibility.  It’s up to us to make a difference, and create music that adds value to the lives of our listeners… and that takes time.

How Applying the 80/20 Principle Affects Your Sync Placements
film and tv music mindset success
1 Song, 2 Hours, 5 Tracks, 4 Placements.
creative music production songwriting
With Every Musician Trying to License their Songs, Is There Any Money to be Made?
licensing mindset success